Call for Oromo Political Organizations to form a Front

Time is creating tension and confusion. Almost twenty six years ago the strongest army in sub-Sahara Africa (except South Africa), the Darg suddenly collapsed. Soldiers started running away from battle fronts carrying their guns as if they were simple canes. Darg was an oppressive, hated authoritarian government. Most peoples felt any devil was better than it and were ready to accept any change to come. They were armed groups that created formidable coalition that were chasing the soldiers. Those got positive contribution from the strongest country in the world, the US. Major participants were Tigreans including those of Eritrea, Amaaraa and Oromo. Except for OLF and other three Oromo organizations which were independent, there were one Amaaraa and one Oromo surrogates (PDOs) under TPLF. A transitional government (TG) was formed and the power vacuum was filled. Eritrea did not join the government though it had military presence for a long time even after collapse of TG. The new group (TPLF/EPRDF) turned absolutely dictatorial within two years. The transitional arrangement broke down. One group asserted itself as the sole ruler of empire Ethiopia. That was logical for the empire belongs to Habashaa. Participation of colonial people on equal level with the colonizer before formal decolonization is unusual and unprecedented.

For quarter of a century Wayyaanee came imposing its will over all peoples, conducting fake elections every five years. All governments West and East took advantage of the free market policy it declared and tried to get slice of the pie for their business people. No one of them seriously thought of the human rights violation going under their eyes. They maintained warm relations all these years. Their excuse was keeping contact will help shaping it for the better. But for how long could the oppressed wait for them to shape it for the better? Wayyaanee might have performed well in fulfilling their assignments. But for the people it was supposed to serve, it went from worse to worst. Now it has reached a level where it could no more be tolerated by all peoples of the empire. In particular the over thirty million Oromo people had reached braking point. In absence of formidable political organization popular peaceful resistance spearheaded by students went on continuously starting November 2015. And so far no excessive force is able to stop it.

Students and local people marched crossing their hands on their forehead showing their being unarmed and peaceful. The dictatorial TPLF/EPRDF took that as insubordination and used lethal force to suppress. Hundreds from age 8 to 80 are reported dead. Local police, federal police and special force referred to as “Agaazii” are collaborating in the massacre. The killing is not limited to demonstrators alone but also included hunting students and activists from homes and hideouts. Rapes are also widely reported. They had no democratic tradition and that is why democratic approach of the Oromo is taken by them as offensive. Under this circumstance to expect cooling down of the situation is difficult. The killers have blood on their hands and the victim’s relatives have traditional demand for vendetta. Therefore protests cannot stop throughout Oromia unless their deaths are avenged or Wayyaanee comes out on its knees with stone block on its back like Minilik did before Yohaanis. Dislocations, killings, disappearances and imprisonment are daily taking place in the Southern nationality areas as well. Though not as intensive as in the colonies, low level fighting are being reported in Amaaraa region. In particular the situation in Wolqayit Xagadee is being reported as tragic and tense.

Ethiopia is one of the poorest countries of the world. People’s resistance everywhere is certainly costing it too much. Unless augmented by foreign aid it cannot sustain carrying out the repression with internal revenue alone. Famine aid will certainly be diverted to it. Famine has come back to take it’s tall and no government has ever survived it. It revealed the corrupted life of rulers and their incompetence to handle such a known cycle of calamity. Therefore this government too has no chance of survival and is going to crumble under its own weight by its own folly. Despite its admission of guilt those who have vested interest may have soft heart for it. Only if they lose all hopes may they think for its replacement. However no measure could be a solution that does not take into consideration, Oromo force struggling inside the country for their rights to bring about change to the empire. There are also many Organizations in the diaspora who are now coming forward to be considered. National and multinational coalitions are being formed expecting as usual.

There are Oromo political organizations who are calling for a united front. So far several factors had kept activists apart but assuming the present national upheaval is enough to really change their minds the call will positively be entertained. There are two types of organizations claiming Oromo names. One is those advocating for independence of Oromia. The other stands for democratic Ethiopia. The hardest task is to reconcile such antagonistic outlook unless all together say, “I am Oromo first”. If not all have to agree to put aside their organizational programs and agree to stand together and help the home front in a task within in their capacity, diplomacy. Without harmony with home based movement diaspora organizations become irrelevant. For the last twenty five year they did not make any trustworthy move towards the liberation of their country. Rather they have been contributing to weakness of national and organizational unity. Now is the time to live all that behind and transcend their narcissistic behavior to listen to each other and together do what their country needs from them at this very moment.

Oromia is no more that of yesteryears. Just like six hundred years ago Oromo have risen together to reclaim lost political, social and economic rights. It was a deluge of people that moved then and that is moving this time as well. What makes the present one different is its being a peaceful struggle. The arrogance of the enemy may force changing tactics of the struggle. That would mean more blood shade than the peaceful struggle entailed. So far the dying is on Oromo side only. To end it, Wayyaanee has to go and occupation of Oromia has to end. To do that in a peaceful way listening to Oromo voice becomes imperative. With that some sort of transitional arrangement may be conceded not the kaayyoo. That eventually may allow peoples of the empire to freely deliberate on their destiny for the first time since the empire was imposed on them. The transition will be a process of enabling the peoples to talk for themselves. How Oromia will be represented if there be a transitional period before people to people meeting can be arranged between home front and its diaspora representatives. Nobody is going to impose its will on the Oromo or other peoples. Peoples are the sole decision makers on their destiny with their freewill without fear or threat from any direction. To recognize the right of national self-determination could be painful for those blinded by their own misinformed past; but other than accepting it there is no other way. With their struggle Oromo had registered certain gains without losing those; they only add new gains over them.

For Oromo organizations in the diaspora to form an ad hoc front, coalition or alliance, whatever they call it may serve to present unified national voice to the world. The home front has to be accepted as the real representatives of the people because the Gadaa is theirs. Still hot blood is flowing, life is being lost and protestors are being tortured; it is under that circumstance that peaceful transition is going to be conducted, if at all it happens. For Oromo diaspora groups that had wounded each other’s feelings and generated hate on many levels, to sit together and discuss needs not liars but real politicians that could leave behind them all past biases, injuries, aPublishnd egoistic behavior. Since there is high level mistrust all have to show good faith and sibling type approach in the exercise. Everything that comes to the table may require reflecting Oromo interest. All non-Oromo packages, if left at the door will help to strengthen the trust. Forward with genuine united Oromo political front!

Honor and glory for the fallen heroines and heroes; liberty, equality and freedom for the living and nagaa and araaraa for the Ayyaanaa of our forefathers!

665488 231590Some genuinely good and valuable information on this site , besides I feel the style contains great capabilities. 674747 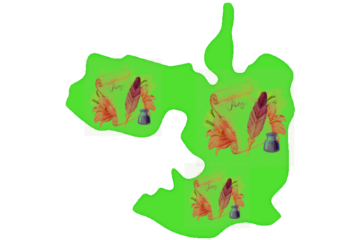