Abiy Ahmed depends on the support of ethnic Amhara leaders and militias whose goal is to reconquer what they consider lost territories—from Tigray to Sudan.

By Kjetil Tronvoll, an anthropologist and professor at Bjorknes University College in Oslo. 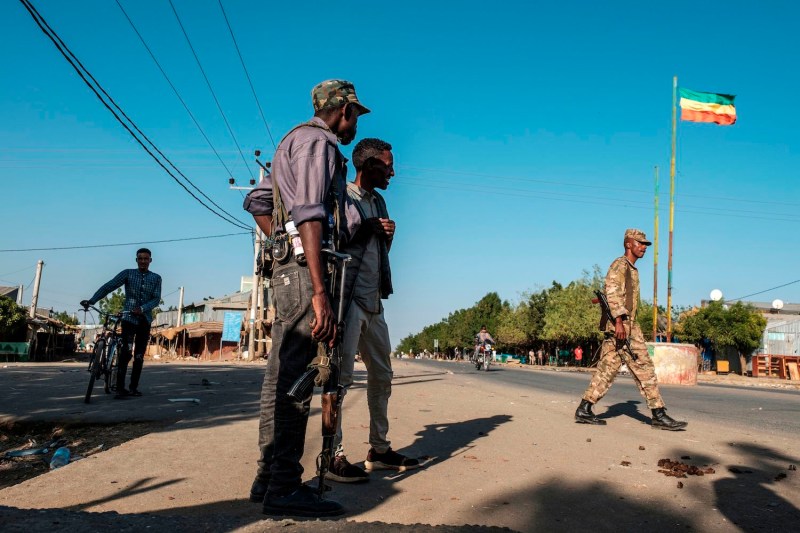 Members of the Amhara militia stand in a street while a soldier walks past an imperial Ethiopian flag, in Mai Kadra, Ethiopia, on November 21, 2020. EDUARDO SOTERAS/AFP VIA GETTY IMAGES
APRIL 28, 2021, 4:28 AM

The war in Tigray, the northernmost region of Ethiopia, is ostensibly about political control. The federal government’s stated objective is to arrest the political and military leadership of the ousted regional government in what it still refers to as a law enforcement operation. But among the ethnic Amhara political elite, it is seen as a war to regain territories lost in 1991. Being the second-largest ethnic group in the country, the Amhara militia and special forces have been pivotal in the war campaign. Western and southern parts of Tigray are thus currently being incorporated under Amhara administration and control despite protests from the interim regional government in Tigray.

Access to and control of land is essential in any subsistence agricultural society, and this is particularly true in parts of Ethiopia where land has been cultivated for millenniums. Life in rural Ethiopia revolves around land; it defines who you are, where you belong, and your status in society. Rural agricultural land is state-owned, and rights to till it are traditionally given based on a blood and soil connection—in other words, proven descent from the community grants access to land.

Administrative borders of provinces have been altered during all regime changes in Ethiopia and are often used as a means for the central government to divide and rule by maintaining political control over local nobility and political elites aspiring for central power. The latest such redesign took place after the Ethiopian People’s Revolutionary Democratic Front (EPRDF) assumed power in 1991.

As Ethiopia was transformed from a unitary to a federal state, nine new regional states were designed according to Article 46 of the 1995 constitution on the basis of “settlement patterns, language, identity and consent of the people.” The borders of the new regional states crisscrossed former administrative delineations and were simply imposed without popular consent through a referendum or election. The Amhara territorial claims to areas currently considered part of the Tigray regional state are thus based on a pre-1991 understanding of predominantly Amharic speaking administrative regions. Prior to 1991 there was no region called Amhara; the Amhara were divided among several administrative regions.

The new regional state of Tigray gave away territories to the east to the new Afar state while gaining ground to the west by incorporating Welkait district and the fertile lowland plains of Setit-Humera, which had been part of the former Gondar administrative region. The lowland areas are the key sesame cash crop belt in Ethiopia and, back then, were inhabited by a mix of Amhara and Tigrayan farmers—without any verifiable census on who was in majority. Since 1991, tens of thousands of Tigrayans from the highlands and former refugees have been resettled to the area, titling the population to a clear majority of Tigrayans.

In 2016, protests erupted in western Tigray, organized by the Welkait Amhara Identity Committee (or Welkait Identity and Self-Determination Committee), demanding a realignment of the administrative status of the zone under the Amhara regional state. The protests in Tigray were quickly quashed, and Welkait Committee leader Col. Demeke Zewdu and others were arrested. This sparked massive demonstrations and protests across Amhara state, leading to dozens of people being killed.

When the military offensive against Tigray was launched on Nov. 4, 2020 Amhara regional special forces and militias had been prepared for war for a long time.

After the announced resignation of Prime Minister Hailemariam Desalegn in February 2018, Demeke, together with thousands of other prisoners, was released, whereupon he promised to continue the struggle to return the Welkait, Setit-Humera, and Tsegede districts to Amhara control. This position was subsequently adopted by the regional government of the Amhara Democratic Party (then a component of the EPRDF).

In Raya, southern Tigray, a similar committee was established in 2018 with the aim of achieving recognition of the Raya identity to establish an autonomous administrative zone but had been stifled by the regional government in Tigray, then led by the Tigray People’s Liberation Front (TPLF). The Raya are bilingual and split between Amhara- and Tigrayan-leaning subgroups. The Amharic-speaking part expressed a wish to return the area under Amhara administration. 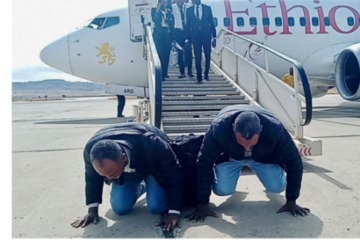