Blood on the Nile is what’s coming if Egypt and Ethiopia continue their war of words over water: Donald Trump can actually help mediate the dispute before it escalates into violence

The Nile, one of the wonders of the natural world, finds itself the subject of an escalating war of words. It could turn the river from a source for civilisation and peace to a source of conflict.

War looms on the horizon after nine years of exhausting negotiations over damming the Nile by Ethiopia.

For thousands of years, Egypt built its ancient civilisation and the basis for its modern economy – not least the nation’s identity on the unstoppable flow of the Nile water. But, for the first time, it is threatened by thirst.

The Ethiopian Renaissance dam near the border with Sudan will be the biggest in Africa – a $4.6bn project. Ethiopia is leaning on it for electricity and a potential economic boost. Nevertheless, Egypt is worried that if the dam is filled too rapidly in the coming years, then it will not get its fair share of river’s water during that process. The dam is about 70 per cent built and Ethiopia plans on starting to fill it this July. They want it filled in seven years, Egypt thinks it should happen over 12 to 21 years to mitigate the impact on its water supplies.

After the three-way talks between Egypt, Sudan and Ethiopia failed, they settled on the US and the World Bank as external mediators. The uphill negotiations led by the US Treasury’s Steven Mnuchin have resulted in an agreement, which the US believes it “addresses all issues in a balanced and equitable manner, taking into account the interests of the three countries”.

But Ethiopia doesn’t accept the new agreement and pulled out from the talks, an action showing how isolated it has become. It claimed that President Donald Trump was given “inaccurate and inadequate” about the dam. Egypt’s response was: “If the water means electricity for Ethiopia, it is a life-or-death matter for Egypt”.

This stalemate reveals that the Ethiopian dam is the base of power rivalry between two regional giants. Egyptians say that Ethiopia’s dogged position proves that it never had any intentions to reach a fair settlement. A high-ranking Diplomat in Cairo told me that the Ethiopians “were taking us for a ride all the time.”

But the Ethiopian Nobel-Prize winning prime minister Abiy Ahmed sees his country as a rising power and wants to take advantage of controlling the fastest-growing economy in Africa. There is a chance to tip the power balance in the region. He has a vision of transforming the African Horn country from poverty to an energised, investment-attractive market. Ahmed’s strategy to promote his country’s as the future (and Egypt as a representation of the past) alienated Cairo.

Ethiopia’s “aggressive” rise – as it is seen by Egypt – has not enhanced cooperation, and its real aim seems to be strategic domination over the Horn of Africa, and the Nile. Egyptian Foreign Minister Sameh Shoukry kicked off a tour of seven Arab countries on Sunday, seeking support for their position in the dispute.

The dam, for Cairo, is a symbol of Addis Ababa’s plan to reduce its power. Ethiopia has a general election later this year, which has turned the dam into a hot political issue. To be able to win the vote, Abiy Ahmed needs to show his voters that he can be tough on what became an investment in the nation’s “honour”, as Ahmed likes to call the crisis.

Egypt, on the other side is struggling to preserve its long time prestigious posture in the Middle East and Africa. The Egyptian president Abdel Fattah al-Sisi, can’t afford the political consequences of the potential dramatic drop of Egypt’s water supplies if the dam’s matter is not resolved. The impact would include thousands of hectares, leading to possible mass internal immigration. That could reshape the economy and bring the possibility of political unrest due to public anger.

In 1978, Egypt’s president at that time, Anwar Sadat, who signed the 1979 peace treaty with Israel after a long war, understood the nature of the threat of unilateralism in managing the Nile. Ethiopia’s proposed construction of dams on the headwaters of the Blue Nile led him to declare: “The only matter that could take Egypt to war again is water”. Ten years later, the Egyptian Former UN Secretary General Boutros Boutros-Ghali warned: “The next war in our region will be over the waters of the Nile, not politics.”

The possibility of going to war over the Nile water is deeply entrenched in the Egyptian national subconscious because the Nile has always been the source of life in an overwhelmingly desert state. This harsh nature made Egyptians, throughout their long history, grasp that in order to maintain the water flow, blood shall sometimes be spilled. Even in its worst shape, any Egyptian government can not afford to stand aside and see its people face thirst.

However, averting a war over water is still possible, and it can come out of Trump’s lust for the Nobel Prize. The US pressure on Ethiopia can result in a last-minute concession, and subsequently a diplomatic solution of the conflict, an outcome everyone is hoping for.

But for the time being, Ethiopia is isolated, Egypt is cornered, and war is looming. 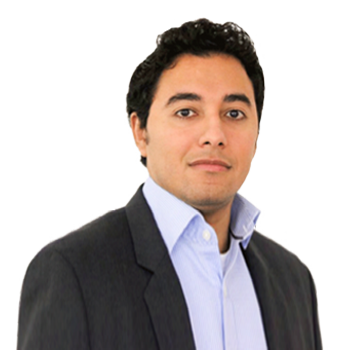 RESEARCH ETHIOPIA: TORTURE AND OTHER ILL-TREATMENT 29 May 2020, Index number: AFR 25/2358/2020 The political reforms introduced in Ethiopia by the incumbent government in 2018 presented the country with an opportunity to break with its Read more…

https://www.theguardian.com/global-development/2020/may/29/ethiopias-security-forces-accused-of-torture-evictions-and-killings-report Prime minister Abiy Ahmed has been lauded for his democratic reforms. But Amnesty International are now urging him to investigate allegations of serious human rights abuses Tom Gardner in Addis Ababa Fri 29 May Read more…

ANALYSIS: THE ROLE OF THE QEERROO IN FUTURE OROMO POLITICS

addisstandard / May 26, 2020 / https://addisstandard.com/analysis-the-role-of-the-qeerroo-in-future-oromo-politics/ “The Oromo protests had significant impact on local administrative structures, temporarily limiting the state’s presence in every corner of the Oromia region.” BY TERJE ØSTEBØ @TOSTEBO Addis Abeba, Read more…