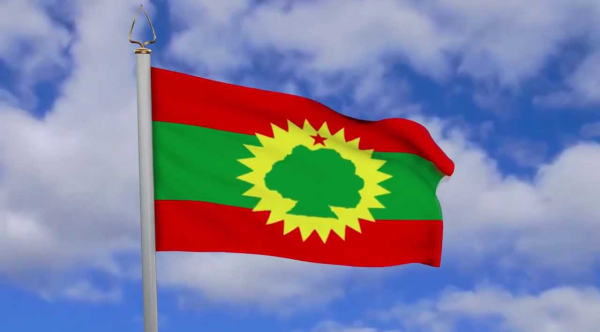 The Oromo Liberation Army (OLA) has just published a document titled, Brief Political Manifesto: From Armed Struggle to the Prospect for Peace.

The document sets out the visions and goals of OLA, and proceeds to clarifying possible misunderstanding and confusion that may arise with regard to OLF as a registered political party in Ethiopia. The rest of the document addresses various inter-related strands with a view to the prospects for transition to peace through third-party negotiated talks.

“In order to pave the way for a negotiated settlement…“, the document states, that,
“… the government must take the following confidence and security-building measures“.

The itemized measures are reproduced verbatim under two headings as shown below.

Full document of the Brief Political Manifesto can be viewed here.

Oromia Liberation Army (OLA) has officially launched a peaceful social movement under the banner of OROMIA BARARU (OROMIYAA BARAARUU, SAVE OROMIA) to draw attention to the escalation of Oromo Genocide by the Ethiopian Federal Government Read more…